A huge edification formed by Consoli’s Palace and Pretorio’s Palace is linked by an “hanging square” considered to be one of biggest in the world.

Wonderful theatrical structure had a major renovation between ‘800 and ‘900. It hosts a very qualified summer classical and modern show and performances schedule

It has been restaured during first half of years ‘500. Very suggestive Cloister. Over the Main Altar there is Gubbio’s Patron, Saint Ubaldo, who died in 1160 and whose body lies intact in the neogothic urn. Paintings in the Church deserve attention.

It represent a model for many others Eugibine’s churches. A very keen façade is alongside to the mighty belltower.

Charateristic and well kept building. In front of it the famous fountain (1500) called “Fools Fountain”: whoever rounds it three times symbolically receives the “Gubbio’s Fool” Diploma 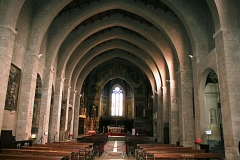 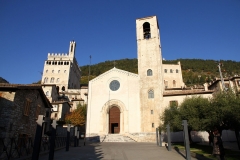 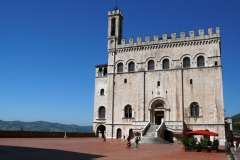 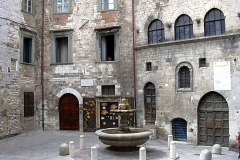 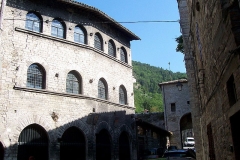 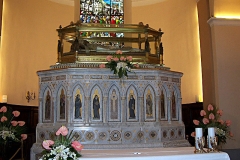 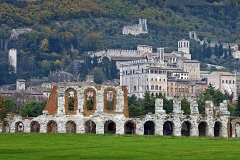