The Palace is a superb expression of italian City State Spirit. Beside it rises the Cathedral, with its long flight of steps and the big bronze statue of Pope Giulio III, erected by grateful Perugins in 1555. Inside the Palace you’ll find the National Umbrian Gallery.

The Cathedral had many different upgrades during the centuries, in 1300, in 1437 and also the end of 1400, in 1587. Inside layout is Late-Gothic, modified in XVIII Century with paintings and plasters and altars

The Etrurian Arch was one of the seven accesses to Perugia. It was a very difficult town to conquer: on the topo of a hill, protected by a belt of walls across seven doorways.

The Rocca had to symbolize the power of the Pope that was ruling in town after the Battle for Salt. It was therefore hated by citizens and almost completely destroyed at the beginning of ‘800. Nowadays, through a mobile stairs pathway it is possible to visit typical city route.

The Sunday City was conceived by an enterpreneur from Perugia, Mario Spagnoli who bought in 1955 100 hectares of unproductive land, planting olive trees. In 1960 decided to dedicate a part of it to leisure time for families and opened it to public in 1963. Nowadays it offers many amenities, animals (Lions, alligators as well as “local” animals), restaurants and it’s a very pleasurable excursion for families. 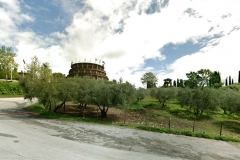 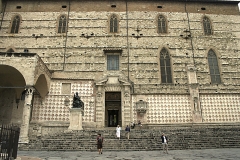 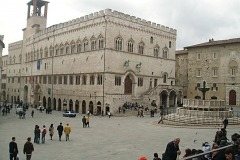 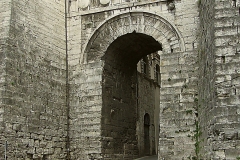 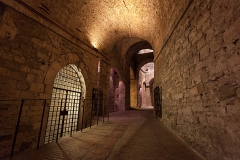